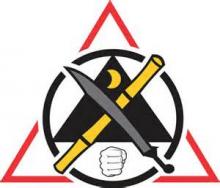 Kali is one of the most highly efficient and sophisticated weapons and empty-hands systems from the Philippines. Known mainly for its use and defense of weapons, Kali consists of twelve areas, including some of the most complete and effective empty-hands systems of the martial arts. Besides excelling as a realistic self-defense system, Kali - through its use of weaponry - also develops attributes such as speed, agility, timing, body mechanics, and left and right side neuromuscular coordination.

At Princeton Academy of Martial Arts, we teach both the Inosanto method of Filipino Kali and Lameco Eskrima. The Inosanto method, taught to us by Guro Dan Inosanto, is a system developed by Guro Inosanto based on his many years of study with over 25 different Filipino masters in Kali/Eskrima. Lameco Eskrima, founded in 1981 by Punong Guro Edgar Sulite, uses long, middle and close range weaponry and is based on ten systems he studied in the Philippines.