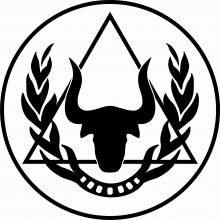 There are hundreds of systems of Silat found in Indonesia, Malaysia and the Southern Philippines. These arts were designed for survival in real combat, not for sport or tournaments. Some Silat systems specialize in close-quarter combat from a standing position, while others specialize in ground fighting, taking the attacker to the ground and using strikes, pressure points and locks. Many Silat systems are designed for multiple opponents, moving quickly from one opponent to another, or simultaneously defending against more than one opponent. Princeton Academy of Martial Arts' Silat curriculum consists of Maphilindo Silat, Mande Muda Pencak Silat and Pentjak Silat Bukti Negara

Maphilindo Silat was founded by Guro Dan Inosanto, and is based on the various systems of Silat he has studied under Silat masters from Malaysia, the Philippines and Indonesia. Maphilindo combines these Silat styles, using empty hand strikes, off-balancing, kicks, punches, elbows, knees and nerve strikes. Guro Inosanto created this system to honor his Silat instructors.

Mande Muda Pencak Silat is a family system of Silat headed by Pendekar Herman Suwanda of Indonesia. Founded in 1953 by Herman Suwanda's father, Mande Muda Pencak Silat is a combination of 24 systems of Indonesian Silat, including Tjimande, Tjikalong, Harimau and Kari. With Mande Muda you learn to defend yourself while standing or from the ground, and how to effectively use kicks, hand strikes, elbows, knees, nerve hits and locks.

Pentjak Silat Bukti Negara, founded by Pendekar Paul De Thouars in 1984, uses quick entries and close-quarter strikes with the hands, elbows and knees. Based on the principles of Serak, Bukti Negara also emphasizes the use of levers for off-balancing, sweeps and throws. Because this system is based on body physics rather than brute strength, it can be used by anyone, regardless of size or strength.